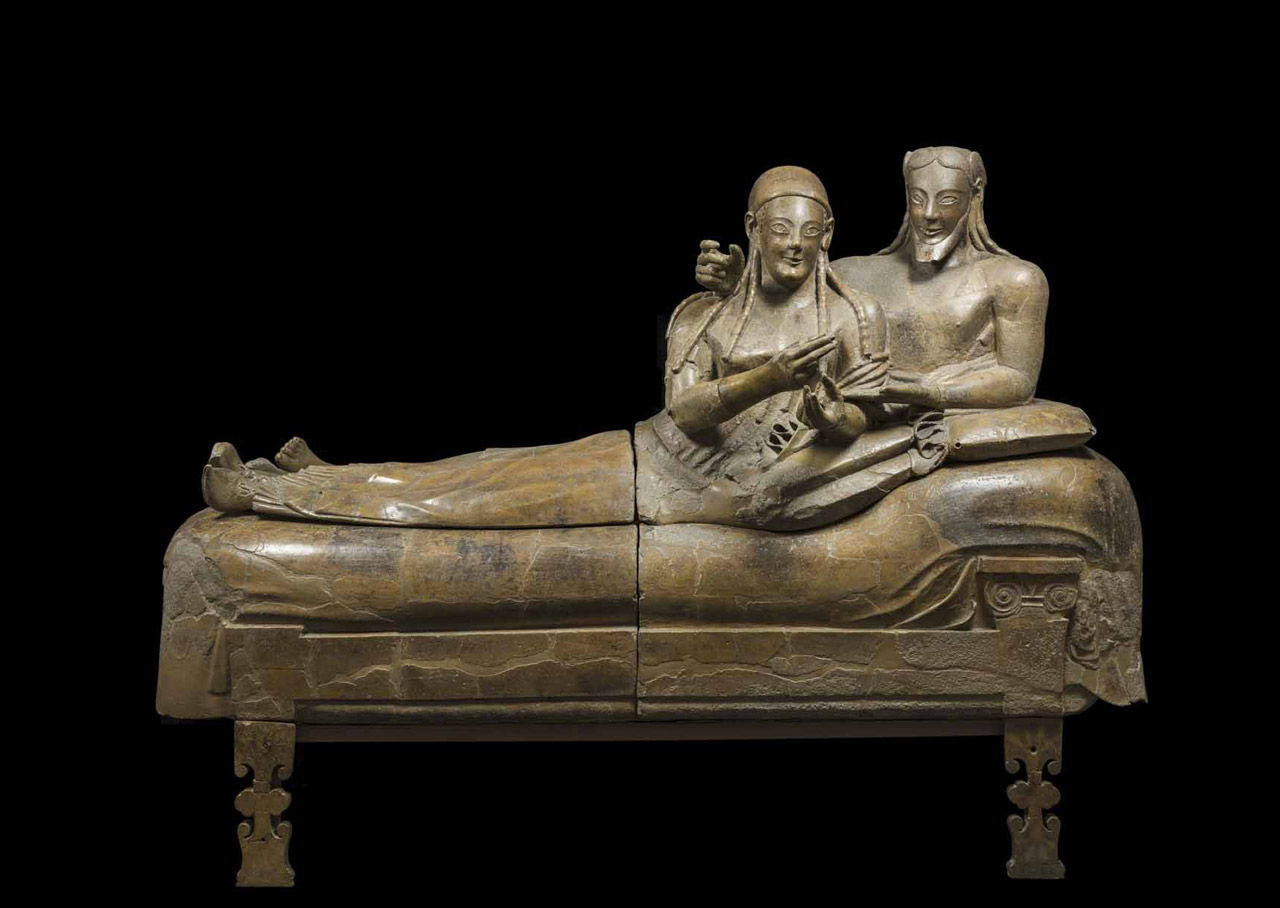 Recomposed from about four hundred fragments, the sarcophagus of the spouses is actually an urn intended to hold the material remains of the deceased.
Shaped in the round, the work represents a couple lying on a bed (kline), their busts raised frontally in the typical position of the banquet. The man surrounds the woman's shoulders with his right arm, so that their faces with their typical "archaic smile" are very close; the arrangement of the hands and fingers suggests the original presence of objects now lost, such as a cup for drinking wine or a small vase from which to pour precious perfume.
The Etruscans took up the ideology of the banquet from the Greeks as a sign of economic and social distinction and recalled their adherence to this practice also in the funerary context, as evidenced by the frequent scenes of banquets painted in the Etruscan tombs and the large number of objects related to the consumption of wine and meat found in them.
It is certainly a novelty compared to the Greek custom that the presence of the woman next to the man in a completely equal position, indeed with the elegance of her clothing and the imperiousness of her gestures, the female figure seems to dominate the scene capturing all our attention.