The Statues of Apollo and Hercules

Unpublished Material from the Excavations at Portonaccio, Veii

Images of the Excavation
In May 1916, “…fragments of a group of life-size terracotta figures were found. The best preserved is an Apollo lacking its arms but otherwise mostly intact. There is also the head and part of the body of a Hermes; scraps of a Herakles figure with one foot planted "on a doe, which is bound by the legs and positioned on its back on the ground; and a fragment of a fourth figure, perhaps Artemis.”
Carlo Anti, “L'Apollo che cammina,” in Bollettino d’Arte XIV, 1920, p. 173. 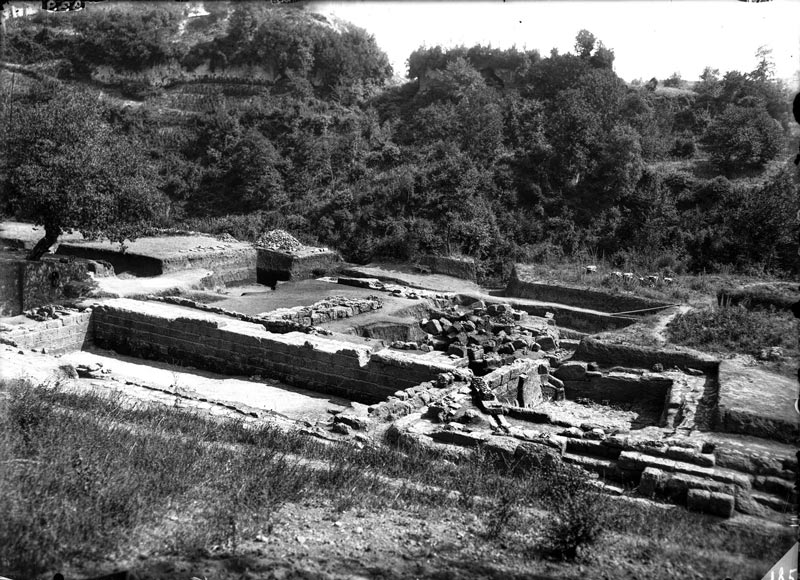 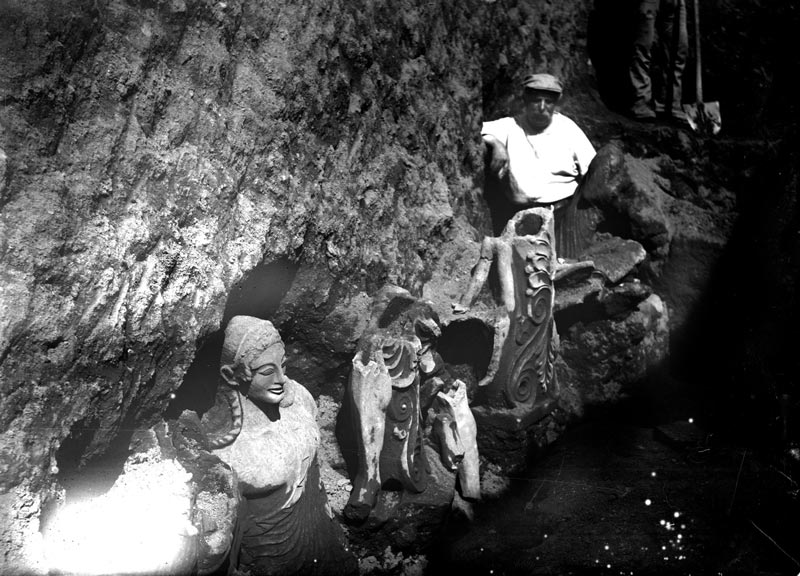 The Discovery of the Statue
The statue of Apollo and the other figures decorated the ridge beam of the triple-cella Tuscan temple erected around 510 BCE in the sanctuary of Minerva, one of the most important in Etruria. Placed on high plinths and variously painted, the statues (which may have originally numbered sixteen, though most survive only as a few fragments) functioned as acroteria and stood about twelve meters high.

Stories from Greek Mythology
The acroteria illustrate stories derived from Greek myth. The statue of Apollo along with that of Herakles (Hercules) formed a group representing the contest between the god and hero for possession of the Ceryneian hind, sacred to Artemis (sister of Apollo), with its golden antlers.

The master sculptor that created the statues is identified with the “coroplastic expert from Veii” mentioned in ancient sources. From him Tarquinius Superbus commissioned the quadriga that crowned the peak of the pediment of the Temple of Jupiter Capitolinus. The Portonaccio group is without doubt the best example of the work produced by the famed workshop established by Vulca, the master craftsman summoned to Rome by Tarquinius Priscus around 580 BCE to create the cult image (simulacrum) of Jupiter Capitolinus for the aforementioned temple.

In the Museum
The architectural decoration of the Portonaccio sanctuary and a selection of artifacts found in the course of its excavation can be seen on display in rooms 39 and 40.